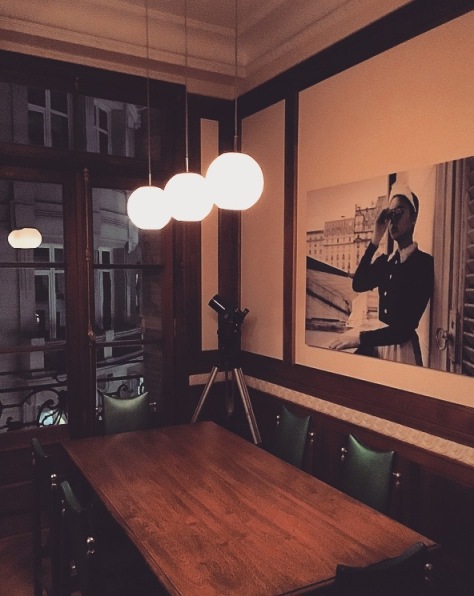 One of the reasons I love this city is its uncanny ability to draw you in, seducing you with its hidden gems, stunning architecture, and nostalgic romance, among so many other qualities. In spite of the chaos, the stress of the hustle, and the feeling that the city might actually be out to break our spirits just for fun, there’s a redeeming quality that can be found around almost every corner – if you know where to look.

Life has been hectic lately, working long hours and weekends, rushing around just to get the basic things done, and I’m often left at the end of the day feeling like a deflated little party balloon. However, when I rang the buzzer and took the old-school lift up to Fuego for a Korean cooking class the other day, all of that noise melted away as the magic of Buenos Aires reveled herself to me yet again. END_OF_DOCUMENT_TOKEN_TO_BE_REPLACED

This week I am dedicating my efforts to Retiro. Call me lazy, call me a genius (?), but there is nothing better than seeing new places pop up on your neighborhood radar.

Having a dog has shown me to a whole new side of things. Waking up at 7am every day so she can poop on grass will do that to you. Actually, aside from being able to get the scoop on gossip from the porteros as they hose down their sidewalks (honestly, they see everything, watch out), I have been able to keep an eye on little spots and shops that perhaps I’d never noticed before. 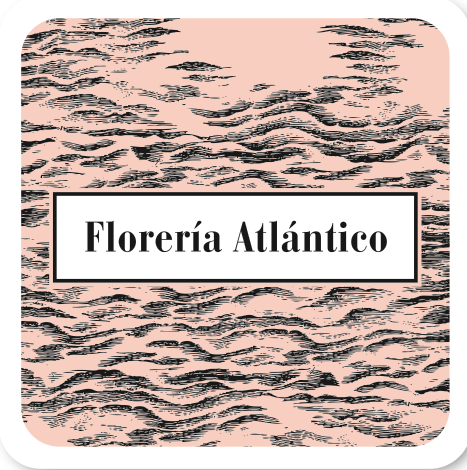 One early morning I was strolling down Arroyo and stopped in my tracks when I saw that the long-abandoned space where chic/trash lounge L’Abeille used to be was finally occupied with a new tenant. Tall shelves with fine wines lined the back wall, while buckets of brilliant blooms and greens were placed up in the front. It intrigued me because there were no working hours posted in the door, and it looked to be a little bare bones to be a full-on florist’s shop. 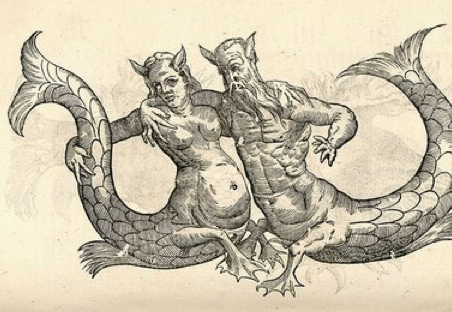 Florería Atlántico opened its doors barely more than a week ago, but the buzz is already doing its thing. Word on the street is that those behind the classic (and first-ever in BA) speakeasy 878 as well as gourmand’s paradise HG at the Fierro Hotel are running the show here, which can only mean good things. Celeb bartender Tato Giovannoni is the one slinging up some potent potables, punto a favor. We tried it out last Friday, not sure what to expect. Entering the downstairs bar area through what looks like a giant refrigerator door, we were surprised to see a badass space with awesome wall graffiti / art, well-done lighting, and an understated vibe that blends the chic and the run-down.

Cocktails follow the current trends you’ll see at other BA hotspots, what with Aperol and Campari and other concoctions. My drink was served up in a mason jar, which made me smile. I kind of felt like I was in a bar in downtown Manhattan, but without the twinge of porteño obsession to imitate what’s already going on in other parts of the world. Great music, great vibe all around, good times. Small bites are available. We munched on some mind-blowing mollejas, an incredible white salmon with an orange sauce, and a juicy rib eye with spinach.

Though the bar hasn’t had its official opening yet, it was packed and lively – more than a good sign. If anything, I’m just happy that I can drunkenly stroll those two blocks back to my apartment without having to pay a trapito or hail a taxi on Av. Juan B. Justo. 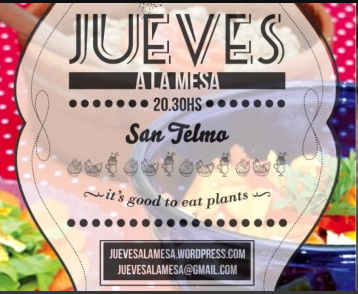 When I was in 5th grade, we were asked to write goals we hoped to achieve during the course of the school year. For some reason I wrote that I wanted to be a vegetarian. Given my nonexistent willpower, this experiment probably lasted all of three days. While I love to eat anything and everything, I still find that a nice big meal that doesn’t feature meat as the centerpiece is almost more satisfying to me than anything else.

OK, the big draw of Buenos Aires is the beef: juicy steaks everywhere, making your mouth water and stomach growl. That’s all well and good, but sometimes your body wants something else. Fresher. Lighter. Slightly healthier – but without sacrificing the tasty part. Basically, your body needs plants.

Thankfully Meghan from Jueves a la Mesa knows what’s up. Intimate weekly dinners, hosted at her house (now a new, shared space in San Telmo known as Fondo Club) with good company and even better food. The propuesta – the entire meal is vegetarian with an effort to minimize use of refined sugars or flour. (Carnivores are probably rolling their eyes now, but you’ll be sorely mistaken to realize that this isn’t some GOOP-inspired dinner of blanched lettuce leaves.) END_OF_DOCUMENT_TOKEN_TO_BE_REPLACED 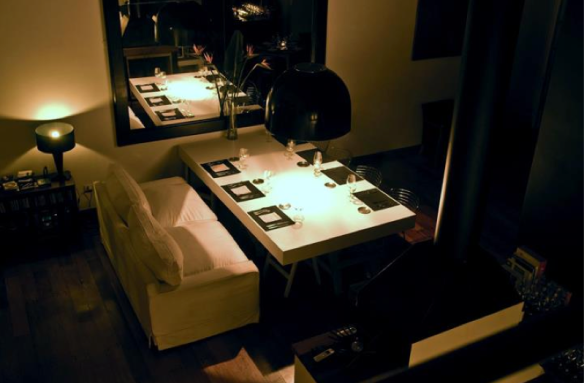 Now that the initial hoopla surrounding closed-door restaurants has settled down a bit, I feel as though there’s a second wave of incredible spots opening up and garnering buzz while still managing to fly below the radar (I Latina and NOLA come to mind). Last week I was happy to discover a restaurant that seems to be even more ensconced in secrecy yet that provides something original and different on the puerta cerrada scene. END_OF_DOCUMENT_TOKEN_TO_BE_REPLACED 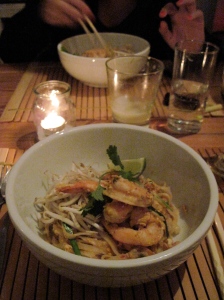 Christina Sunae ended up in Buenos Aires after her love affair with the city – and one of its locals – led to permanent relocation. Time spent with family in Asia as a child combined with solid restaurant experience in New York led her to continue her passion and talent for cooking in Argentina. Three nights a week, she and her husband open the doors to their out-of-a-magazine beautiful Chacarita home to serve some of the most authentic and mouth-watering Southeast Asian food in town. Ojo, you won’t want to leave after the meal is done: there’s something about the low lighting and vintage details that make you feel as though you’re already at home.

Before we dig in to the food, it’s worth noting that unlike other closed door spots, the majority of the clientele is porteño. It’s kind of refreshing, and it also explains why there isn’t just one communal table where we all sit together. Christina notes that she found most Argentines didn’t want to be seated with strangers and prefer to converse more privately. While I was a little surprised at first (I felt horrible when we arrived 25 minutes late for our reservation, thinking we were holding other diners up), I actually loved the set up. The space feels more like a very intimate petit bistro; you hear other guests chatting away over candlelight and the wait staff move fluidly among the tables. Though it was still a little cold the night we visited, the outdoor tables were incredibly inviting – perfect for a sultry summer evening. END_OF_DOCUMENT_TOKEN_TO_BE_REPLACED