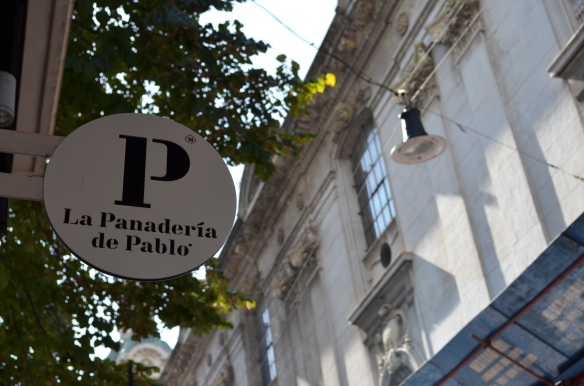 So let’s face it: Brunch is kind of old news here in Buenos Aires. There are tons of places around town that offer a varying array of brunchable items, all with differing degrees of success. While it’s no longer a shiny new toy we’re all dying to play with, Sunday brunch still has a lot of merit in my book, and it’s why I was excited to check out La Panadería de Pablo last week with a bunch of friends. It’s run by famed local chef Pablo Massey and is located on Defensa just a hop away from the Plaza de Mayo. The space is aesthetically pleasing (high ceilings, industrial touches with clean lines and lots of light) and buzzing with locals and tourists, young people and families alike. 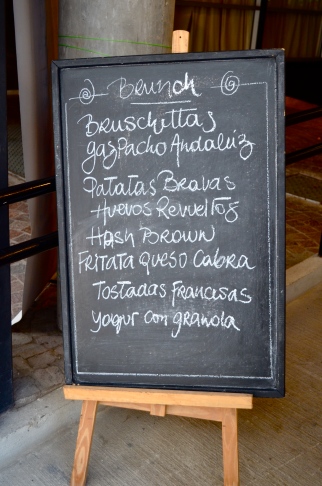 For now brunch is only offered on Sundays and the menu changes regularly. Since there was a big group of us, we decided to order a bunch of goodies and divide and destroy accordingly. Everything looked delicious so it was hard to pick; I was worried that the portions would be small or that something would be “off,” but luckily once the dishes rolled around to the table we were all pleasantly surprised. 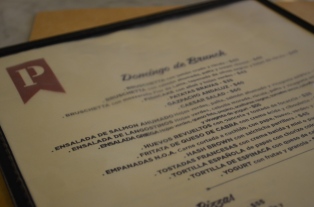 The hash browns and sausages were incredible – the potatoes both crispy and greasy, and the sausage very well-spiced. We also ordered cous cous, French toast (both sweet with honey and savory with bacon on top), patatas bravas, French fries, scrambled eggs, yogurt with granola, and a fishcake.

The cous cous was a nice complement to the rest of the food, and I would order it again in a heartbeat. The French toast was also amazing – I had my doubts when it arrived to our table – and though it wasn’t drenched in maple syrup Yanqui-style, the honey was just enough as the bread was sweet and fluffy/batter-y. 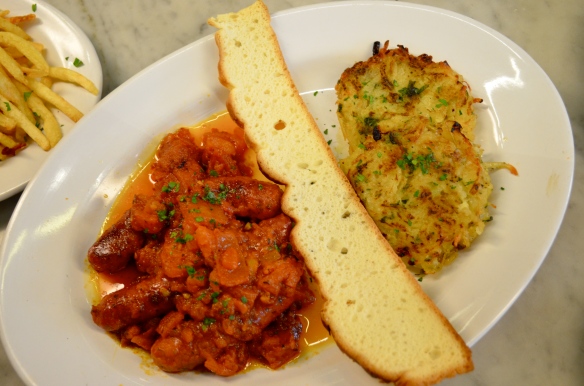 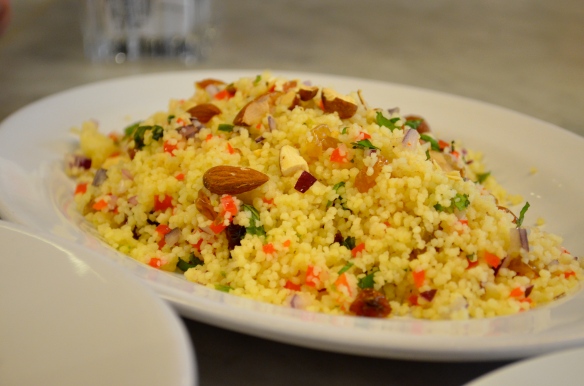 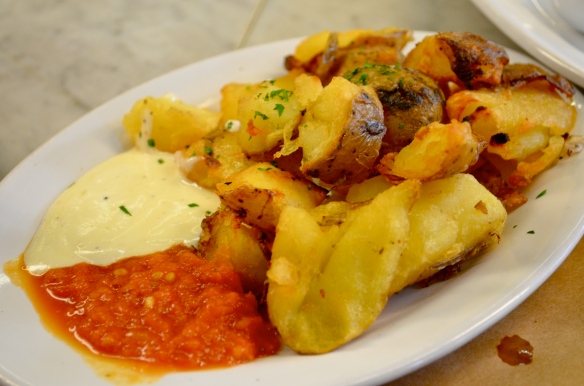 I love anything with starch, so the patatas bravas were well-received on my end. My only complaint would be that the tomato/mayo sauce wasn’t spicy & garlicky enough. The French fries were really good too, nothing out of this world (but of course I ate as many as I could get my paws on), while the scrambled eggs were nice and gooey – not what I expected, so bonus point there. Our stand out favorite of the day was definitely the fishcake, of which I could have eaten 10. I think there may have been some crack sprinkled on top, it was just that good. 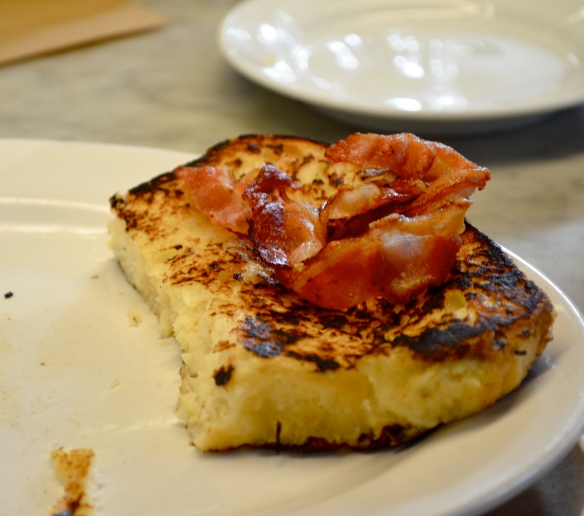 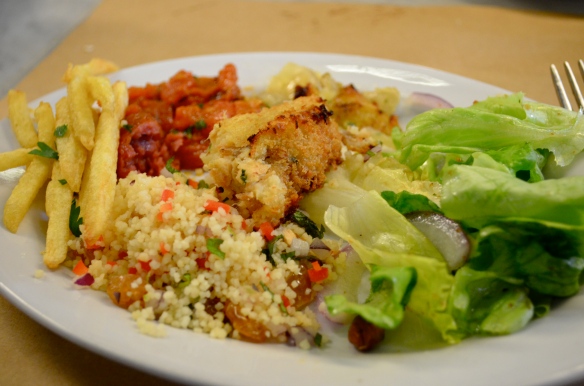 I understand that Sunday brunch is supposed to be a lazy affair, and that is fine with me. Let me eat in peace, and don’t rush me. However, the service at Pablo’s little Panadería needs some work – it was impossible to flag the waiters down and we had to ask for the check three times. Another Type A personality complaint is that you leave the restaurant smelling of cooked food, which is something that I hate. I’m sure this wouldn’t be the case if the weather is nice and you could sit on the back patio, so keep that in mind. Prices are reasonable – neither dirt-cheap nor over the top – and the portions are generous. 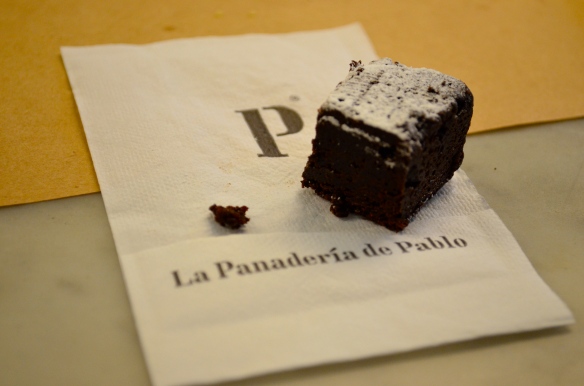 I was impressed with the brunch and would definitely go back.